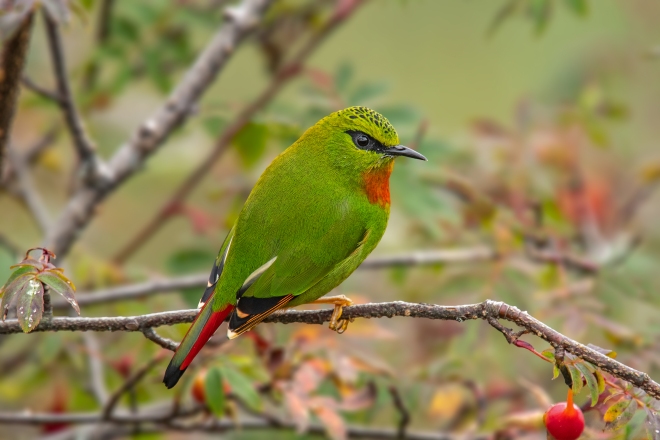 Dzuluk  is a small village hamlet in the lower Himalayas nestled in the eastern part of Sikkim at a height of around 9400 ft. It used to be a transit point on the Old Silk Route between Lhasa and Kalimpong and is not too far away from the scene of the current Indo-China standoff at Doklam.  It is located in the Pangolakha Wildlife Sanctuary, an area of about 128 sq km that was designated as a protected area in 2002 that comprises of the Chandey, Gumsay, Dorok, Panikharka, Bichkharka, Singaneybans, Tungsey, Keohyakhlo, Salami and Pangolakha reserve forests. 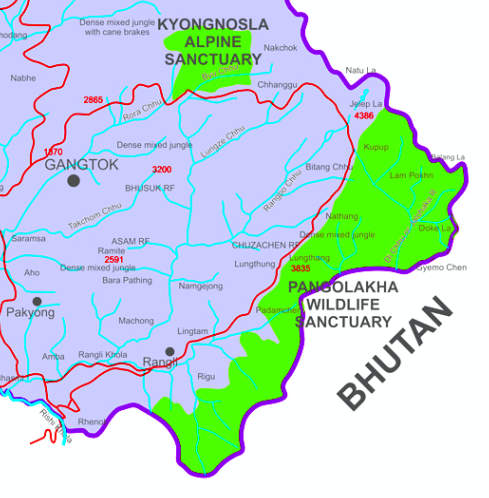 Over the last few years 271 species of birds have been spotted and recorded here and there was one that I really wanted a photo of. Unfortunately, the first couple of days of our trip was rained and fogged out and I barely even heard my shutter click more than a handful of times. Things weren’t looking too promising with a deluge on the 3rd night, the loud clattering of the rain on the roof of our homestay waking me up a few times during the night. We had decided that we would take a call on continuing in Pangolakha depending on how the morning session unfolded – if it was also a wash-out we would head back and try our luck in Lava / Neora Valley.

Thankfully for us, the skies relented sporadically and we had a  good session with 3 of the Parrotbill species that we find around here. Since we were spending the entire day below Zuluk, between Kuikhola falls at 5000 ft and our homestay, there wasn’t really any chance for us to encounter my target bird. That would be left for our last day and we all had our fingers crossed that the weather will hold out for one more day.

It did hold out as we started the day at Zuluk at 5:30am and headed up to Kupup, the last point on our trip for the day. We heard the bird a few times as we were heading upto Thambi Viewpoint (11200 ft), but the individuals in these flocks seemed unobliging and all that we managed were a few fleeting flashes of green and glimpses of red.  It was almost as if they were mocking us and testing our patience. As we climbed higher, the landscape changed dramatically as well, the thick bamboo forests of the lower slopes giving way to the Eastern Himalayan alpine shrubs as we climbed above 12000 ft.  With that the level of activity of birds also dropped off and we had to hope that we get lucky on our way back.

Just when we finally started to give up any hopes, we heard the call of a flock of Fire-tailed Myzornis. Our last chance to try and snag a few pics, so we decided to hang around this area for a while and follow the calls. They finally relented and decided to make an appearance. And wow, what an appearance that was. The bird is a brilliant emerald green with a fine, black bill, a black eye-stripe and black scales on its crown. The wings are black with red-and-orange panels. The male has a red throat and a brilliant-red sides to its tail that set the Old Silk Route on fire.

4 thoughts on “Fire on the Old Silk Route”