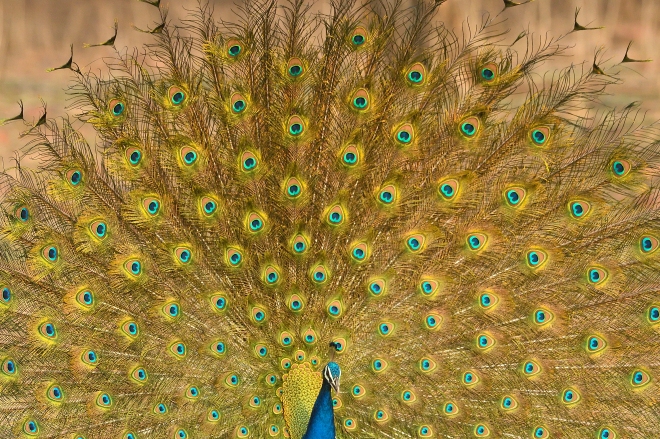 By definition, Tiger Sanctuaries have always been all about Tigers. I am not sure if that is because of all the hype around the big cat. Or that the guides have all been trained to ensure that they give their guests a sighting. Or that the visitors have only one target in their mind which is precisely what the entire ecosystem is geared to delivering. Whatever be the reason, one never really does see pictures of birds from folks who visit these sanctuaries. How often has one heard about a great sighting of the Indian Golden Oriole or the Indian Pitta from people who have been to Ranthambore. I don’t know about you, but I never have.

As we met our guide before our first safari at Ranthambore, I made it apparent to him that I would be happy with some good pictures of birds from our trips, regardless of whether we are lucky with a tiger sighting over the next few days. And we were lucky that he had picked up a lot about birds over his 10 years of guiding at the reserve.

The first couple of birds that we came across just a few minutes into the safari were two wonderful species and I didn’t really have great images of either one so far.  And we were chasing a third one, the Indian Pitta, before we had our first tiger sighting. 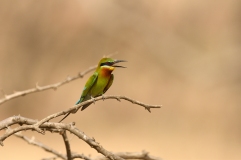 To be honest, with the tiger sighting out of the way, I was a bit relieved as well.  The 2 girls and the 2 ladies with me could now tick off the ‘I have seen a tiger in the wild’ box and we could settle down and get the most out of the rest of the time in a brilliant forest eco-system that Ranthambore is. My target for the trip were the Pitta and the Oriole and I wanted to try and get some good images of these two before we left.

As we were at the beginning of the monsoon period we were bound to see a lot of sights of our national bird, the Indian Peafowl. I didn’t have a photograph of the male peacock in its mating dance display and that was the next target.

Our second safari was in the morning in Zone 4 and we decided to focus on the Pitta and some of the other birds that we could spot and came back with a fairly decent haul of images – given the constraint of shooting from a safari vehicle. 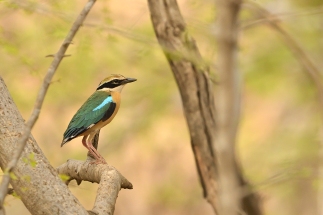 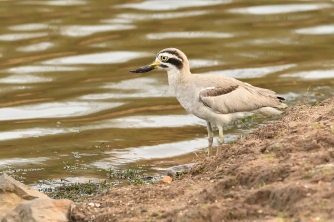 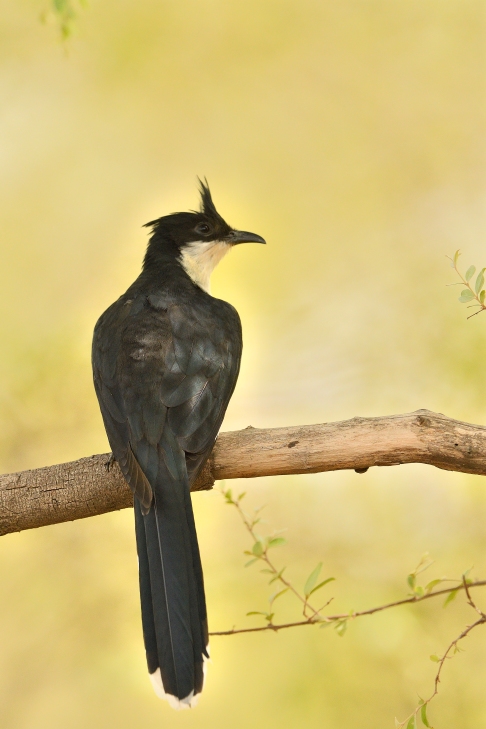 The 400th bird species in my list happened on our 3rd safari, just after we had a long sighting of #Arrowhead. I thought that I spotted some quails ahead on the road and had all but decided to give it a pass mistaking the sighting for the Jungle Bush Quail. Something in me nudged me to capture a few pics and when I reviewed them a few minutes later, realised that the Barred Buttonquail was my 400th sighting. And we were so close to the bird that I barely managed to fit her in the frame.

The trickiest one to capture was the Indian Golden Oriole. We would see several pairs on each safari – their bright golden yellow quite unmistakeable. But I realised that the are very difficult to click. Quite shy by nature they fly away at the slightest hint of movement or noise. We would have a couple of dozens of failed attempts of spotting a pair, trying to approach closer on the vehicle – only to have them fly away even before our vehicle stopped. I did manage some pics finally though.

Waiting for a tiger near a water-hole does give one the opportunity to click some of the birds that visit these areas and we made full use of these opportunities on some of our safaris.

The last photograph that I took as we left the park after our safari was this one of a Shikra. At the moment that I took the picture I realised that the bird had a prey in its talons – probably a garden lizard or a chameleon.

Honestly, I didn’t really expect to come back with so many decent bird images from a tiger reserve. But it is important that one realise that any ecosystem that supports a tiger would usually support 200+ species of birds – if one just cared to look for them carefully and unhurriedly.

3 thoughts on “Birding in the Ranthambore Tiger Reserve”